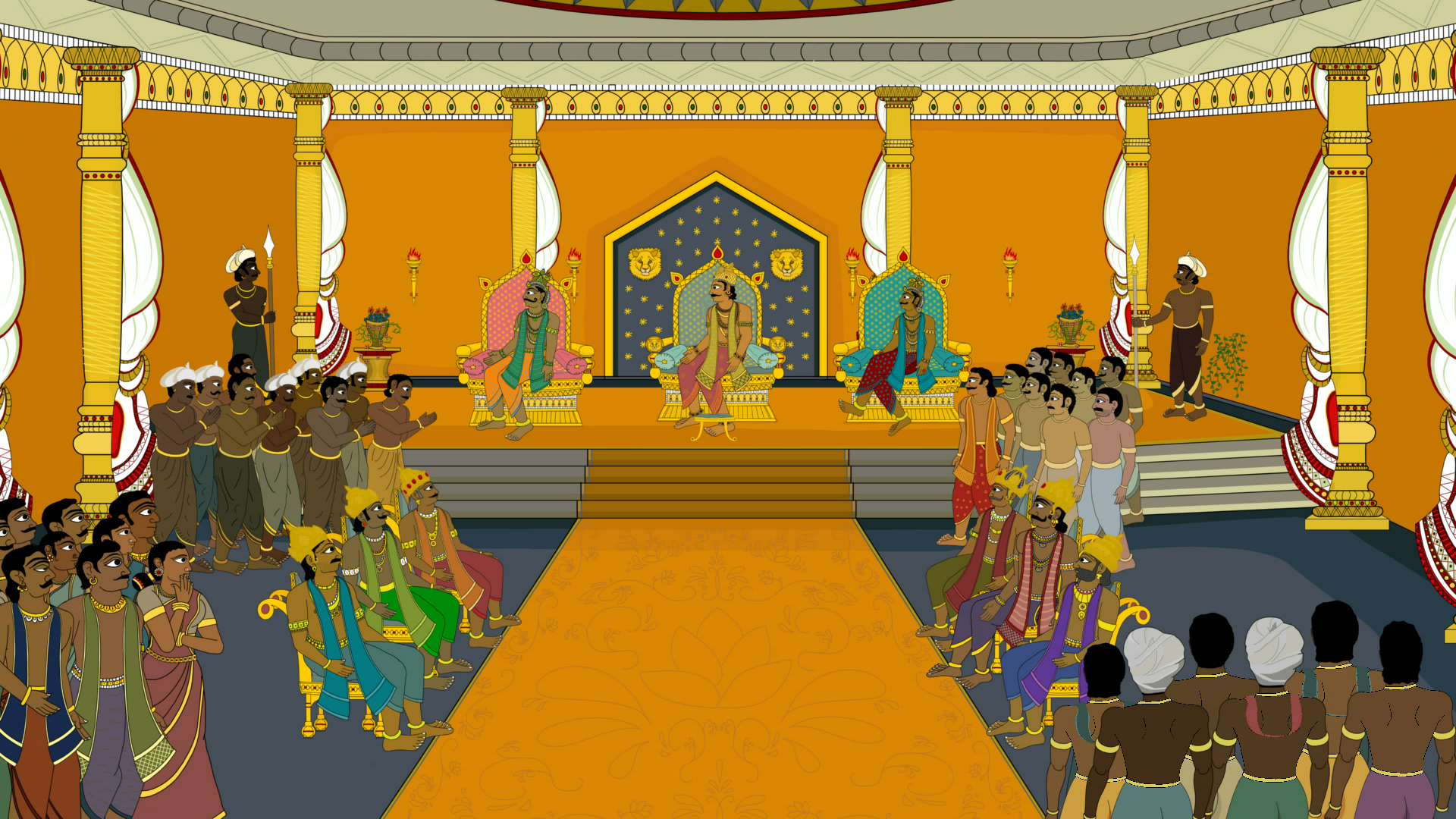 The Chola king wields considerable power in the Ponnivala story. He has an impressive palace with a large audience hall where he sits, listens to requests and announces his decisions. 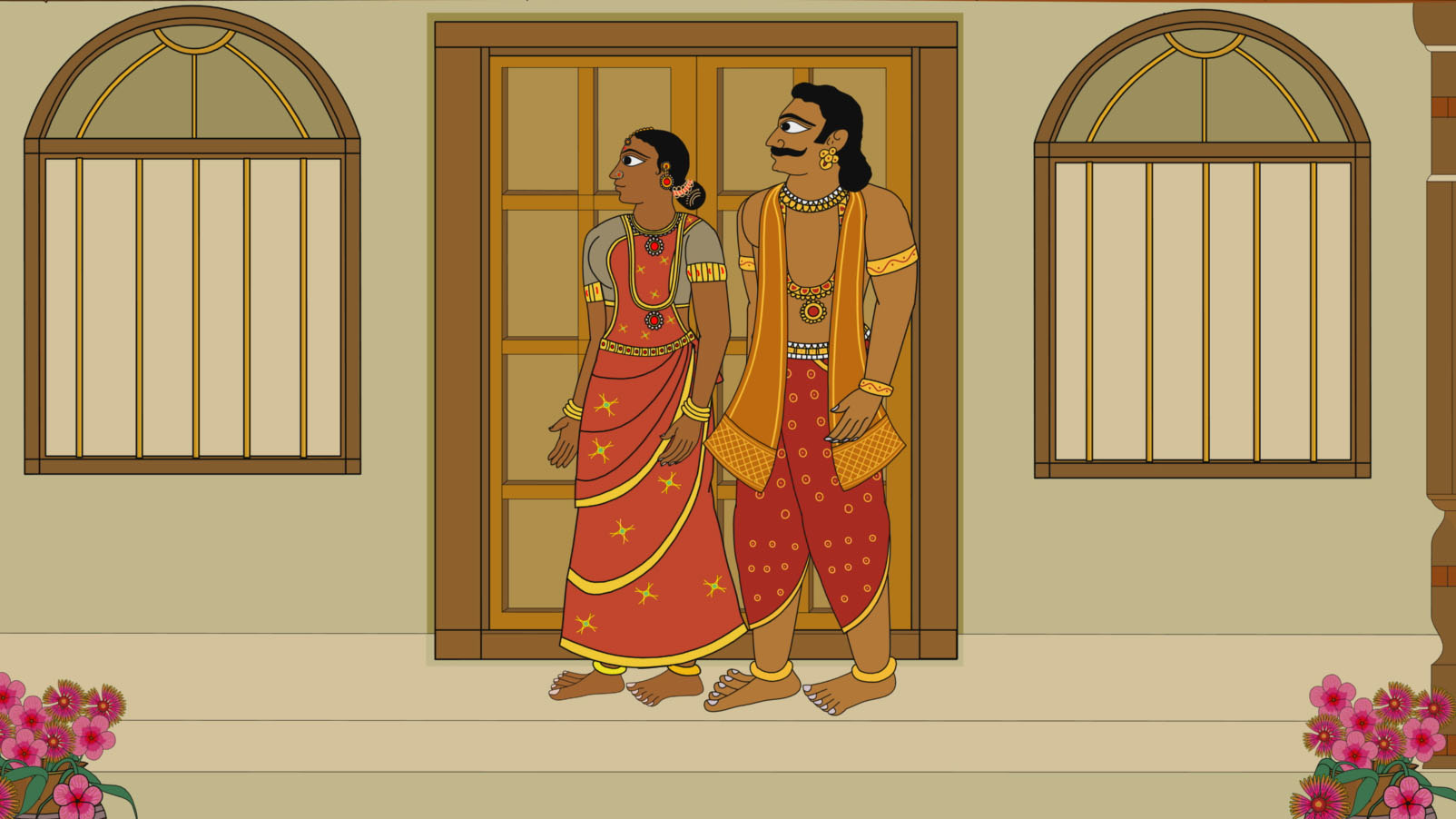 Another kind of power comes for social status and the structure of the local community. This couple are the “first family” of the area. They are farmers and after several years of bountiful harvests they rise to a position of significant power. 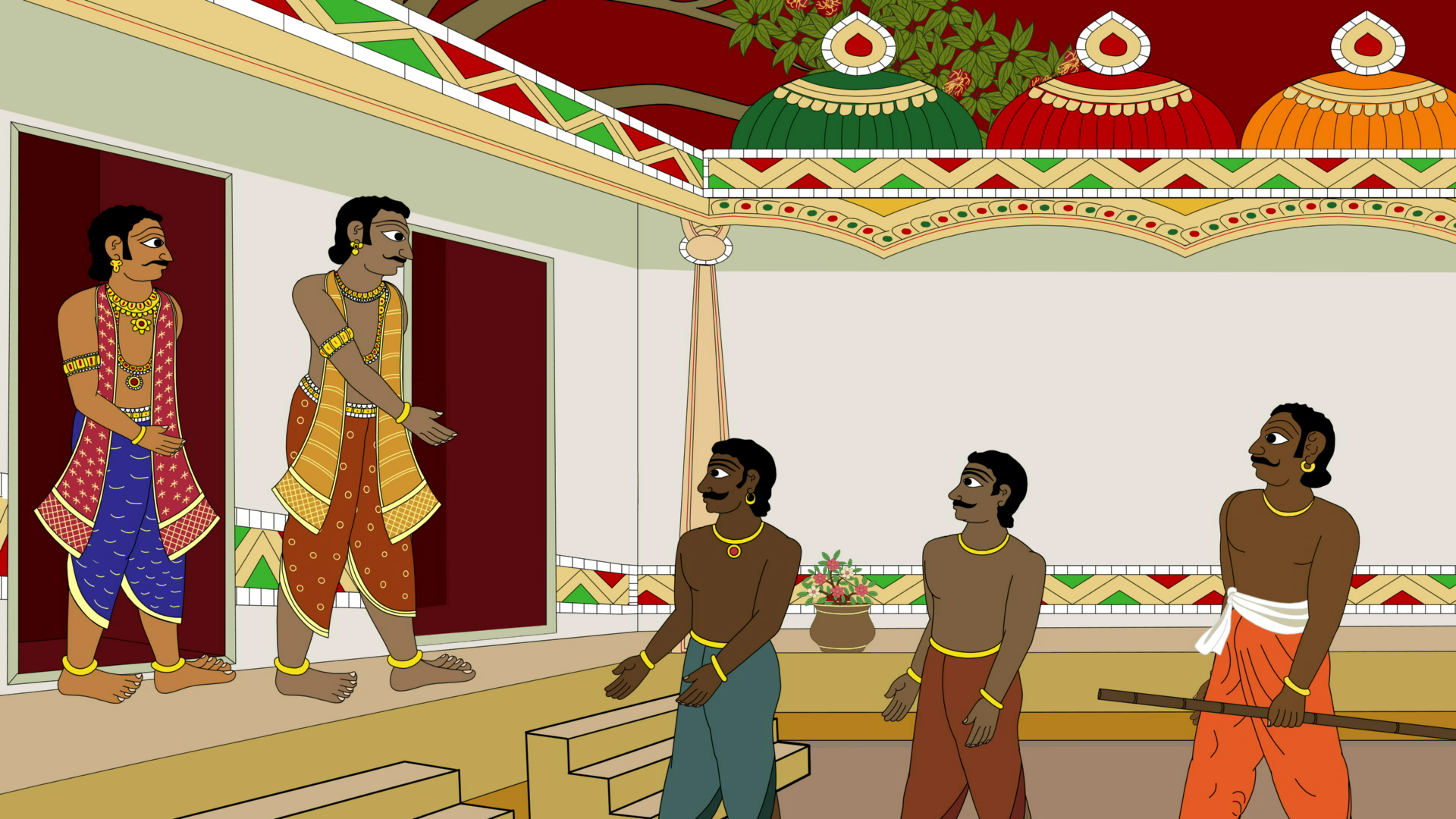 The grandsons of the original farming couple have inherited their family status and position of power. They are respected and they take for granted their right give orders to a wide variety of service personnel. 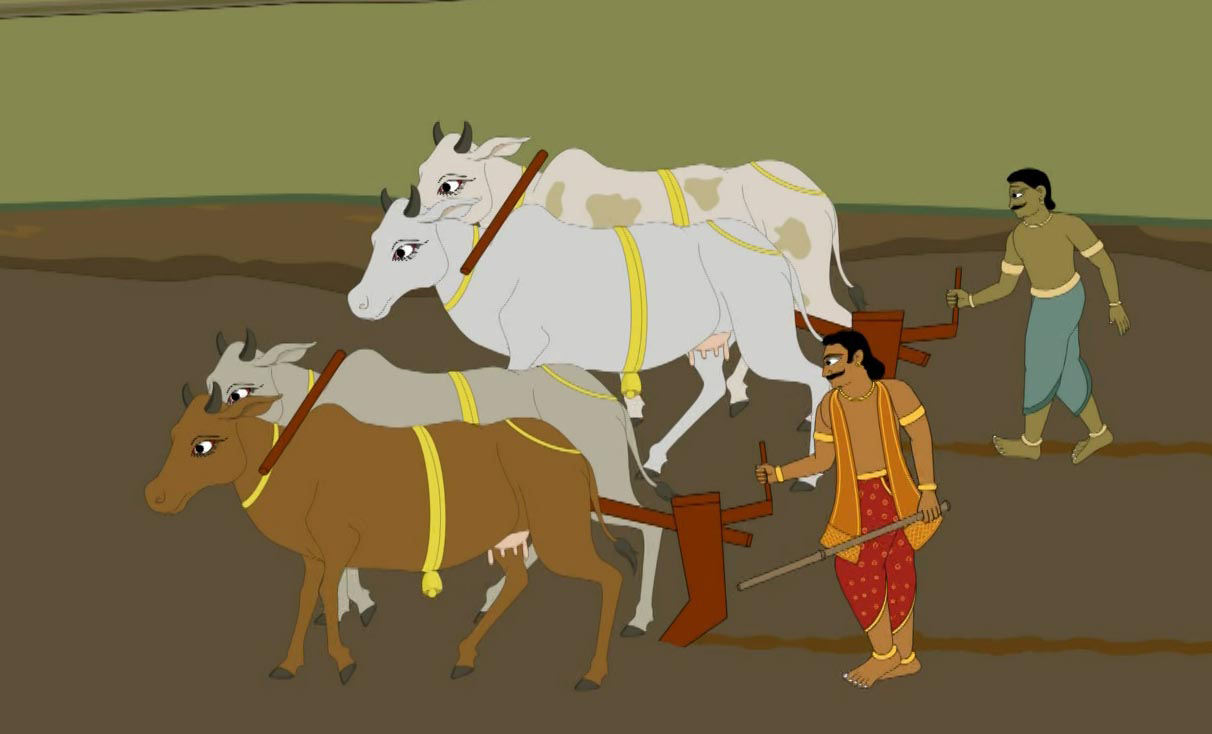 An important dimension of the local farming family’s power is their control of land. Ploughing is a symbol of that sovereignty over the land. Here the lead farmer steers the cattle for a symbolic first furrow, before handing the many days of ploughing work over to his loyal workers. 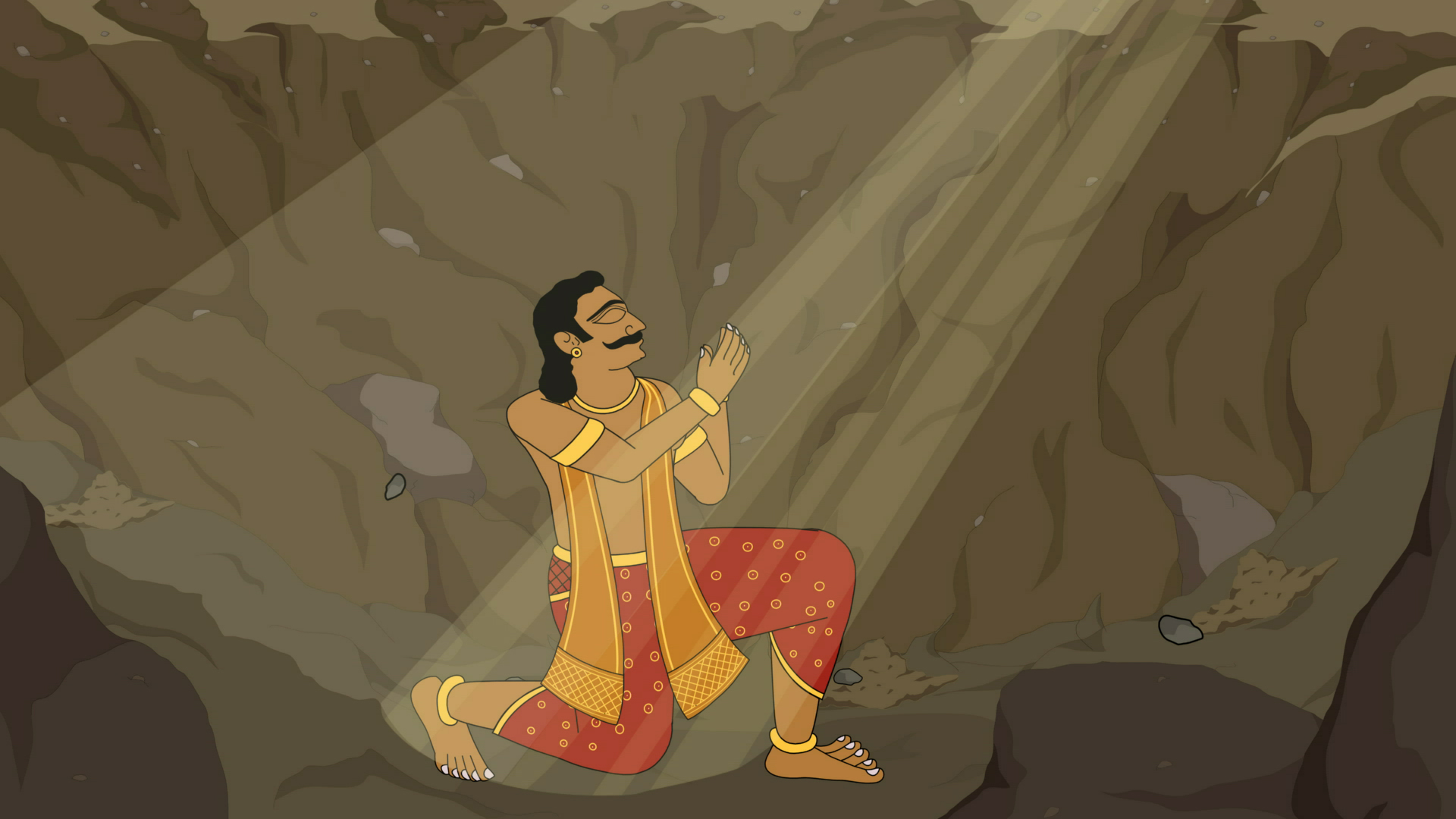 Power is not just a matter of controlling food production, and the land the crops are gown on. It also derives from mythological roots. Here the first farmer receives Lord Vishnu’s blessings, and also his protection, just before h e literally rises out of the land. 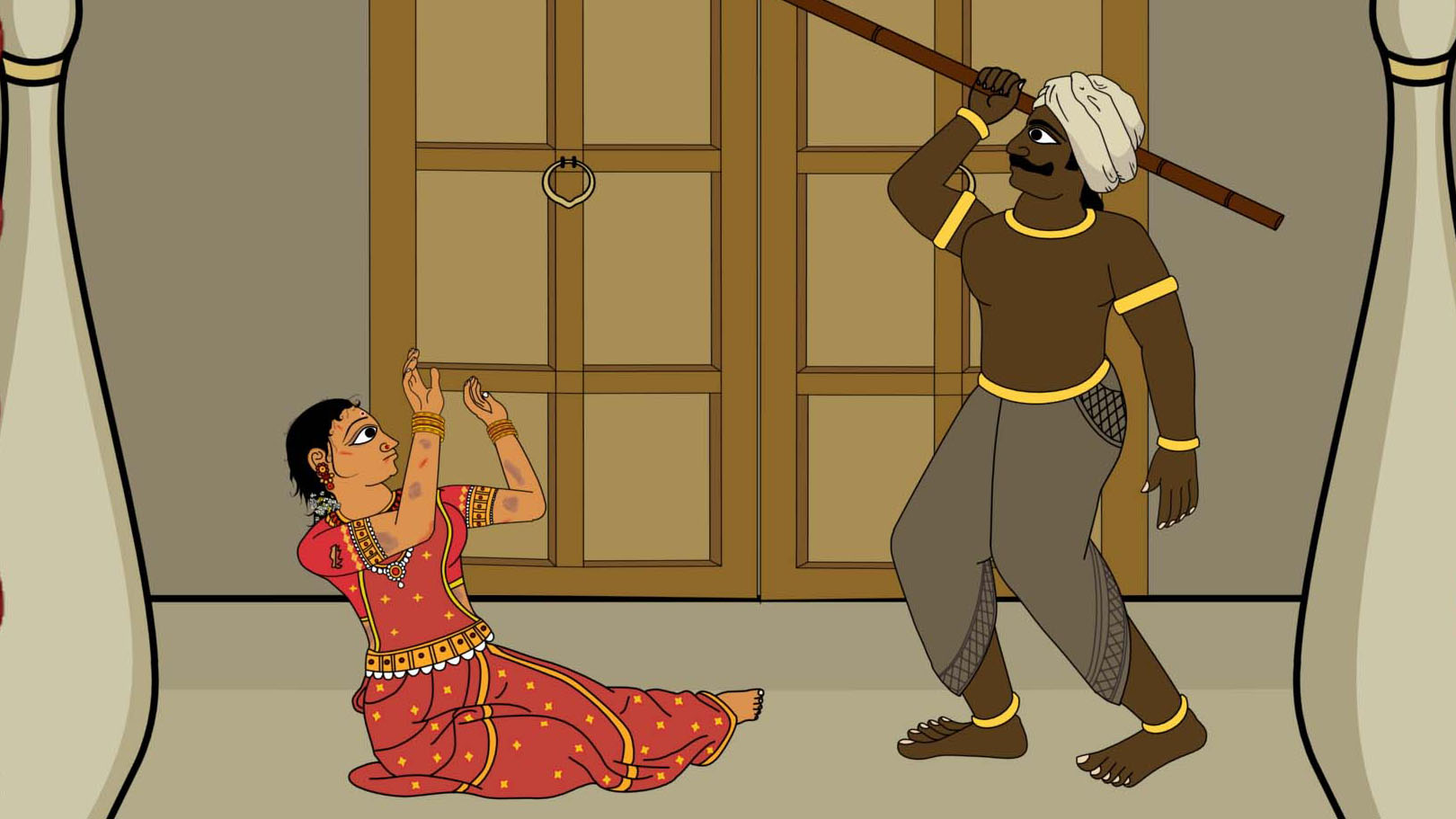 Power can also be expressed through dominance achieved by violent means. Here a palace guard beats an unsuspecting heroine the moment she seeks to re-enter her old, natal palace home. The guard seen here is just a tool in this struggle. The real domination expressed is that of the women’s two elder brothers. They still live in the old family home.

The Ponnivala story recounts a tale common in history around the world.  A gradual economic shift occurs.  Lands once controlled by aboriginal hunters are taken over by immigrants, men who are plough-wielding farmers.  This is thus a story about the shift from a hunting and herding economy to a fully agricultural one based on the plough.  Phrased another way, it is a story about the on-going antagonism expressed between the aboriginal peoples of Tamilnadu and those who entered certain areas (like Kongunadu) later.  They were seen as “colonizers” by the previous residents and their arrival gradually refocused the culture of a whole area.  This is both an understudied aspect of Indian history as well as a story relevant around the world.

The story describes, in broad brush strokes, about six centuries of Tamil history in the Kongu area.  It traces events starting roughly in the 10th century up and through the 15th century.  Each of the three generations in the heroes’ core family leads a life, therefore, that represents about 200 years of actual history.  The story’s many details provide a good text for tracing many of the social changes that occurred in this region, called Kongunadu, during this six century period.

This epic is also about the ambivalent social status of artists and professionals.  The Ponnivala epic recounts the intracies surrounding a fundamental antagonism felt by craftsmen and artisans towards farmers.  The former lost status due to the rise in power of the new comers, men who gradually came to control the means of food production in their homeland.  Parallels can be drawn between the story told here and the discrimination against Jews (merchants & goldsmiths) experienced in Europe (as well as elsewhere).  It could also be pointed out that modern-day professionals (teachers, for example) often feel they are not given the recognition they deserve.  Their new “rulers” (often called politicians) wield a very substantial amount of economic and political power in most societies today.